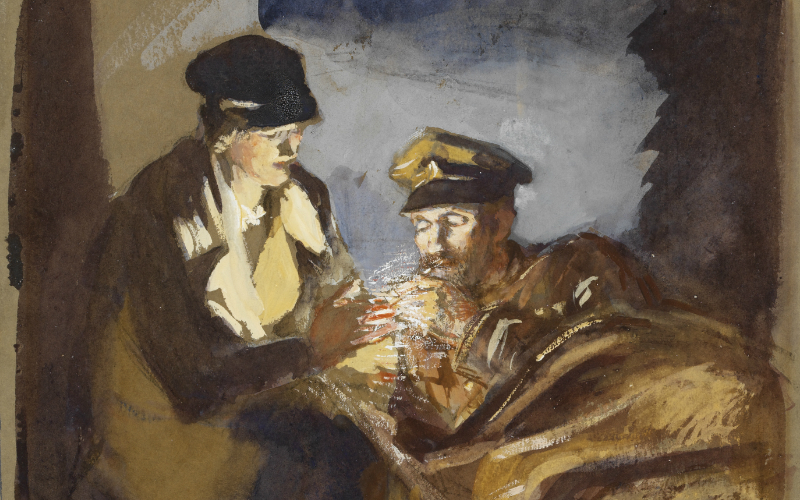 Not Such Quiet Girls

A new commission marking the centenary of the end of World War I, which shines a light on the neglected stories of women during conflict.

Inspired by Helen Zenna Smith’s novel Not So Quiet, Radclyffe Hall’s war account in The Well of Loneliness, and the life of war artist and ambulance driver Olive Mudie-Cooke, Not Such Quiet Girls tells the stories of three women at the front line of the First World War.

Jessica Walker’s previous work for Opera North includes her collaboration with Neil Bartlett, The Girl I Left Behind Me, about male impersonators on the music-hall stage:

“A drolly celebratory yet also piercingly poignant guide to a neglected chapter in showbiz and lesbian history. This show is not to be missed.”

Image credit: In An Ambulance : A VAD Lighting a Cigarette For a Patient, by Olive Mudie-Cooke. ©Imperial War Museum (Art.IWM ART 3051)

A co-production with
Leeds Playhouse

Error with this block: Cast

Error with this block: News Block
Not Such Quiet Girls