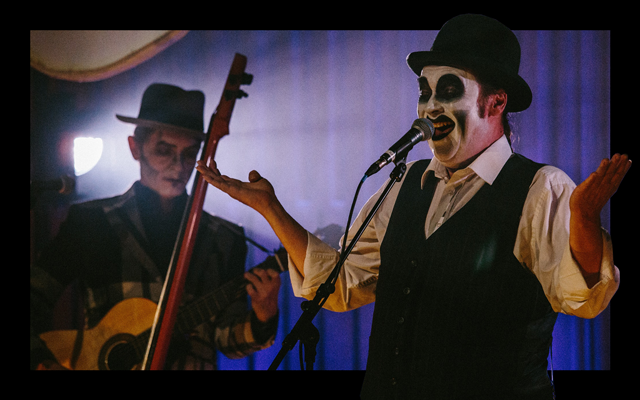 The Tiger Lillies: Love for Sale

Birds do it, bees do it — and here, for your entertainment, The Tiger Lillies do it, in 16 songs written by Cole Porter and presented in the band’s particular and distinctive style for an Opera North commission.

Martyn Jacques, the band’s singer and songwriter, presents some of Porter’s magnificent catalogue “straight”, but freely adapts other songs to introduce the seedier elements of low living that are one of the band’s signature notes. He describes the project as ‘dragging Cole Porter down to our level’, but he also acknowledges that his own writing has more in common with Porter’s than might be expected.

The crystalline, haunting rendition of Love For Sale will transfix many listeners, while others will really feel how much Miss Otis Regrets: “very much in that dark gothic-type world which is part of what we do”, Jacques explains. On the other hand, depravity and addiction stalk Begin the Beguine, I Get a Kick Out of You, and bring a new twist on that burning yearning in Night and Day.

Rediscover Cole Porter in this twisted cabaret, laying bare some of the delirium and despair that lies beneath the surface of his romantic show-tunes.

This event is part of a preview weekend for the Howard Assembly Room’s reopening season.

The Tiger Lillies: Love for Sale