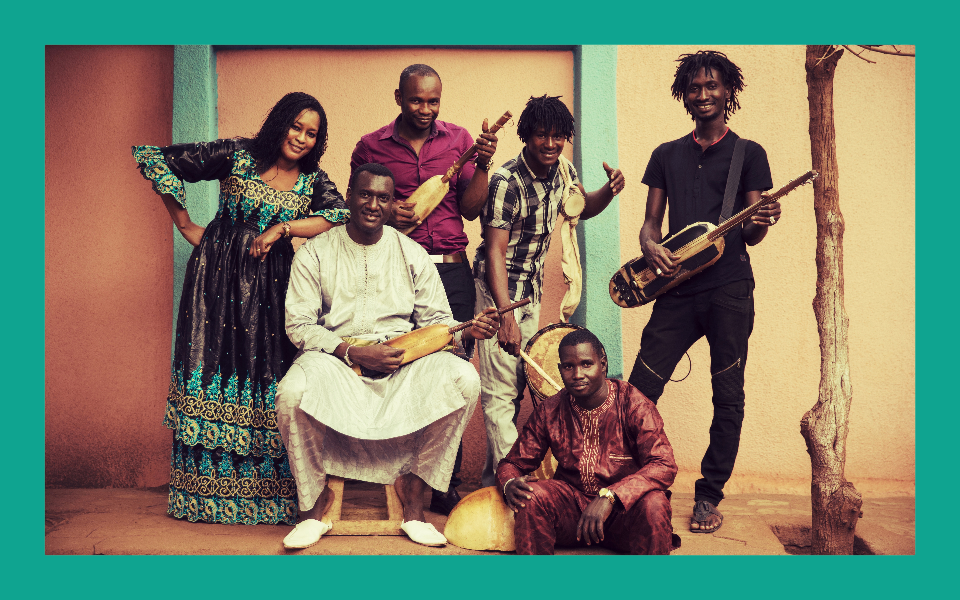 Incredible dexterity and stunning music from one of Africa’s music visionaries.

Bassekou Kouyate is one of the true masters of the ngoni, an ancient traditional lute found throughout West Africa, and is respected as one of Africa’s premier global artists.

His band, Ngoni Ba, includes ngoni players (featuring ngonis with differing tonal sizes), percussionists (talking drum, Yabara, Calebasse) and the fantastic singer Amy Sacko. Together they have revolutionised the sound of the ngoni, and radically fired centuries of griot tradition into the future.

Bassekou is recognised as both an innovator and a stronghold of traditional Malian music, and has collaborated with the likes of Ali Farka Toure, Toumani Diabate, Taj Mahal, and The Kronos Quartet, and in 2016 joined the Africa Express tour along with Damon Albarn and Paul Weller. Bassekou’s recent album Miri (‘dream’ in Bamana) topped the World Music Charts Europe in February 2019 and was voted Best Album of the Year by Songlines magazine.

“Defiant, angry new music from Mali, by the world’s greatest exponent of the ngoni, the ancient West African lute”
– The Guardian

Opening 6 July 2022, Kino is our new restaurant and bar located below the Howard Assembly Room, presenting the best independent food, wine and beer.

The Crossing with Roopa Panesar