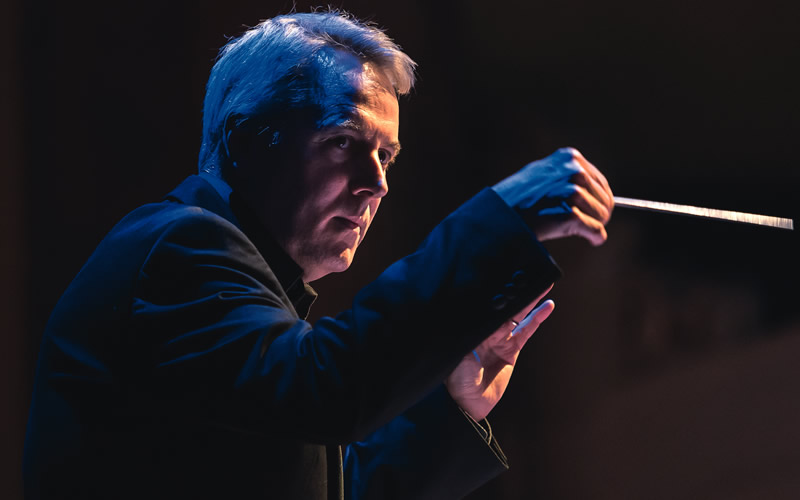 Orchestra of Opera North: The Songs of War

Will Todd and Górecki

Former Music Director of Opera North, Richard Farnes returns to the helm of the Orchestra to present the world premiere of Will Todd’s Songs of Love and Battle.

Dedicated to Opera North’s youth ensembles, Todd’s commission is a micro opera depicting the conflicting emotions of war through the words and poems of Maggie Gottlieb. Renowned for their melodic intensity and harmonic invention, Todd’s best-known works include Mass in Blue, The Blackened Man and Alice’s Adventures in Wonderland.

Górecki’s third symphony, known as his ‘Symphony of Sorrowful Songs’, picks up the theme of loss and separation caused by conflict through three Polish texts. The second text, a message written on the wall of a Gestapo cell during World War II, is arguably one of the most famous pieces of music from the late 20th Century.

Please note, additional tickets for The Songs of War at Huddersfield Town Hall may be available through Kirklees Town Hall Box Office. Call 01484 225 755 or visit the website.

This event is part of the Kirklees Concert Season 2018/19. View the full season brochure or listen to the audio brochure.

Each year the Orchestra of Opera North and a host of internationally renowned musicians and performers are brought together on the concert platform for the Kirklees Concert Season. To ensure your concert season continues to bring music into the heart of Kirklees for future seasons please consider making a donation today.

Error with this block: News Block
Orchestra of Opera North: The Songs of War