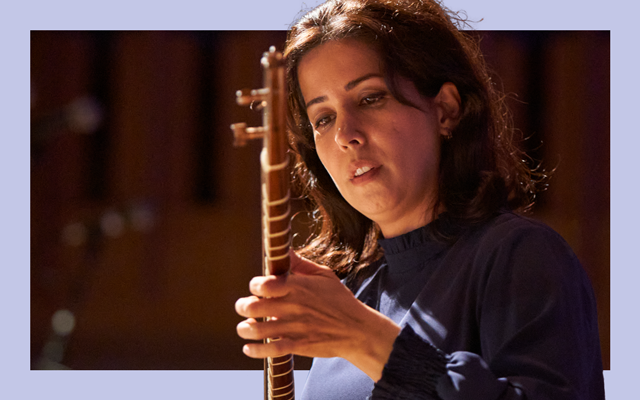 Rail strikes may disrupt your journey to this event, so please plan ahead and allow yourself extra time.

Join us for a celebration of connection and collaboration featuring musicians from around the world who are now based in our region.

This relaxing evening will feature short performances by talented musicians from the refugee and asylum seeker community in West Yorkshire.

Opera North has been a Theatre of Sanctuary since 2018, in recognition of its ongoing work to make refugees and asylum seekers feel welcome. We are delighted to present this event as part of Refugee Week, a UK-wide festival celebrating the contributions, creativity and resilience of refugees and people seeking sanctuary.

This event is free to attend. If you are able to, consider making a donation while booking your ticket, you’ll be helping us to continue creating opportunities for everyone in our community to engage with the arts and share in the extraordinary power of music.

Pay as you feel

Help us to continue creating opportunities for everyone in our community to engage with the arts and share in the extraordinary power of music.

In a change to the previously advertised programme, compères for the evening are Leeds’ own Tila and Tavelah Robinson, who’ll also perform a set.

Tila and Tavelah are a twin duo who have lived double lives as singer/songwriters and aspiring psychologists for over 10 years. With Brit Award-winning parents whose credits include backing vocals for Peter Andre and Boyzone and drums for CeeLo Green, they have continued the musical tradition by singing for the Queen and competing in The Voice UK , reaching the Battle stages on Team Ricky in 2014. They now sing and perform all around the UK; Tila is currently training as a clinical psychologist and Tavelah is training as an educational psychologist.

Harmony Choir
Lit up by the sheer joy of singing together, Harmony Choir brings infectious melody and harmony to the stage. With members from countries ranging from Azerbaijan to Zimbabwe, Harmony brings people together weekly in central Leeds, to sing and build new friendships, led by Frances Bernstein.

Hind and the Jaffa Cakes
A Halifax/Hebden Bridge-based group of musicians from different countries and backgrounds who have been meeting at St. Augustine’s Centre in Halifax to share music with each other.

Hamsa Mounif
Hamsa Mounif is the owner of a soaring and captivating classical Arabic voice. Due to the difficult circumstances in her home country, Hamsa is now residing in the UK where she performs alongside other displaced members of The Orchestra of Syrian Musicians and is working on building her solo material. Hamsa’s warmth shines through her music, her charisma and voice.

Plus short performances from other talented musicians seeking refuge in the UK.

The Crossing with Roopa Panesar