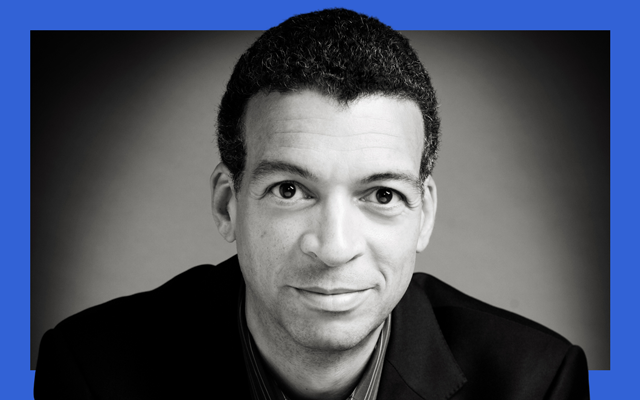 Winterreise  (Winter Journey) is a song cycle for voice and piano by Franz Schubert. Completed in 1827, it’s a set of 24 songs for voice and piano composed almost entirely using minor keys. The lyrics are poems by Wilhelm Müller and tell the story of a lonely traveller who ventures out into the snow on a journey to rid himself of his lost love.

“Winterreise sung in English will be a new experience for many of the audience”, says Middleton. “I was bowled over playing it for Roddy at our last concert: the English text made Schubert’s music so much more immediate, and the audience was transfixed”.

In association with Leeds Lieder

Roderick Williams OBE is one of the most sought-after baritones of his generation, performing a wide repertoire from baroque to contemporary music.

He was Artistic Director of Leeds Lieder + in April 2016 and is currently ‘singer-in-residence’ for Music in the Round in Sheffield, presenting concerts and leading on dynamic and innovative learning and participation projects that introduce amateur singers, young and old, to performing classical song repertoire. He is Artist in Residence for the Royal Liverpool Philharmonic Orchestra from 2020/21 for two seasons. He was awarded an OBE for services to music in June 2017. His most recent appearance on the Opera North stage, in the title role of Britten’s Billy Budd, brought wide acclaim.

Pianist Joseph Middleton specializes in the art of song accompaniment and chamber music and has been highly acclaimed in this field. Described in Opera Magazine as ‘the rightful heir to legendary accompanist Gerald Moore’, by BBC Music Magazine as ‘one of the brightest stars in the world of song and Lieder’, he has also been labelled ‘the cream of the new generation’ by The Times. He is Director of Leeds Lieder, Musician in Residence at Pembroke College, Cambridge and a Fellow of his alma mater, the Royal Academy of Music, where he is a Professor. He was the first accompanist to win the Royal Philharmonic Society’s Young Artist Award.